Study: What is Happening to our Jaws? 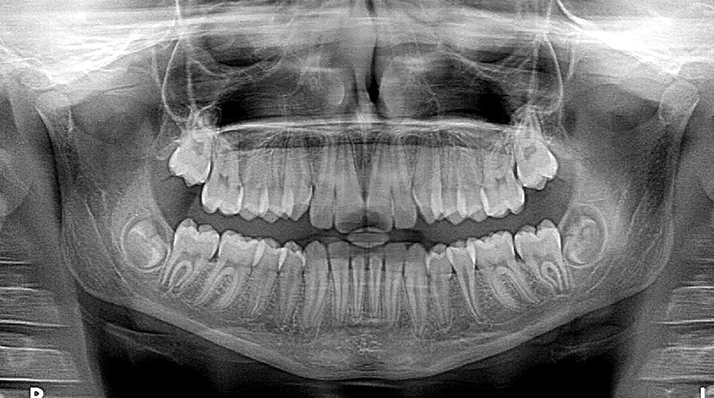 The Science is clear: They are getting smaller…with consequences.

What is happening to our jaws?

It’s been happening for 100’s of years now and the causes are multifactorial but they all translate to an increased risk of an array of serious chronic health issues and to profound esthetic issues.

The United States is the most overweight country in the world. We have a population that is 38% obese. But, while we are getting larger below the ears it is clear and anthropologically verifiable that our jaws are getting smaller and smaller.

Why is it happening?

Anthropologists have been saying for years that our jaws are getting smaller, our teeth are getting more crowded and somehow that information doesn’t seem to be getting out to the right people. Yes, look at skulls from our ancestors, starting from a few hundred years ago and beyond. You will see much larger, well developed upper and lower jaws that are wide, and have room to fit all 32 teeth without crowding or impaction, and plenty of room for the tongue to reside. That’s a large departure from modern society where 90% of children have malocclusion. The great majority of children with malocculsion have an overbite (where the lower front teeth are set back behind the upper front teeth. So, what are we doing differently from our primal ancestors?

An early soft diet prevents the development of the muscle fibers of the tongue resulting in a weaker tongue which cannot drive the primary dentition out into a spaced relationship with fully developed arches which will lead to more crowding of the permanent teeth.” – James Sim Wallace DDS 1900’s

Hasn’t that been the trend for generations now? Reducing a child’s diet to softer and softer foods has been the call of doctors and baby food makers alike. In our irrational efforts to prevent choking we are subjecting our children to chronic diseases that have numerous serious manifestations.

It is also true that breastfeeding has become much less conventional and more stigmatized than it ever was in primal times. In the 1950’s and 60’s and into the early 70’s breastfeeding rate dropped to a paltry 20% due to an irrational trend that caught fire with the public. Now it is up to 70% but the rate drops to 50% after 6 months. A child misses the optimal growth and development of the maxilla and mandible during the earliest stages of life.

Breastfeeding isn’t just good because it is the cheapest way to feed a child. Breastfeeding trains proper oral posture in the child. It trains the tongue to position properly (up against the roof of the mouth) and it trains for proper swallowing and muscle development in a way that bottle feeding does not. So, this is ground zero in the proper training of oral posture, tongue strengthening and facial muscle strengthening. The second insult to proper oral posture and jaw development is the fact that we now have followed the mantra espoused by baby food companies that we need to feed our child blended, mushy, “baby” food for their first years of life. This has proven to be very detrimental to facial and jaw development because if you don’t introduce solid food you don’t provide proper stimulus to the muscles of the jaw and to the bones. Muscles that don’t get used atrophy and the bones that are attached to these inactive bones do not grow and are more porous. “Dietary consistency and toughness promote proper bone growth and proper permanent tooth eruption, which are crucial to ideal occlusion – Dr. Robert Corruccini Anthropologist

So, in those two significant areas we are deviating dramatically from our primal ancestors who all breastfed their children and who, out of necessity, fed their children more firm and chewable food at an earlier age. Take note that none of this food was processed

Well, given that upper jaws are often retruded and that lower jaws are often retruded from upper jaws we can connect those dots and say that lower jaws are considerably more retruded (back) from where they should be. This is the new normal. A properly developing upper and lower jaws is almost as rare an a unicorn these days. Imagine if foot binding (practiced in China for centuries until the early 1900’s) became the Vanguard such that all women had their feet bound and deformed from a very early age and no women had normal, properly developed and functional feet. That is almost where we are with our jaws and teeth. It’s insidious. They are deformed in the great majority of instances.

95% of all malocclusions are acquired. Genetics play a role in only 5% of malocclusions. This is indisputable” _ Dr. Jerome Rose

We can’t blame it on genetics. Our jaws are not like our eye color or our hair color or height in that it is genetically determined and unalterable. Our jaws development is determined largely by developmental and environmental factors that we encounter after being born. Those developmental influences and environmental influences served our primal ancestors well when it came to jaw development. If we follow our “primal” directives then our jaws will develop properly and our teeth will all fit in the mouth but if we deviate dramatically from that primal “blueprint” then we will suffer the expressions of those deviations. WE will suffer the consequences.

What are the consequences?

When the maxilla (upper jaw) and the mandible (lower jaw) do not grow to their full potential the result is a child with crowded teeth and a compromised airway.

Now, let’s look at the 2nd and, perhaps, the even more lethal blow to proper jaw and airway development that starts in many children at a very early age and persists throughout adolescence and into adulthood. The two major factors in retarding jaw development and airway patency are very complimentary and compounding in how they negatively impact the face, the jaws, the teeth, the TMJ, and the airway.

So, the first source of jaw deformity is related to the lack of breastfeeding and the absence of solid food in the early stages of development. When the maxilla (upper jaw) and mandible (lower jaw) do not develop properly the result is malocclusion (an improper bite) and a compromised airway.

The second factor is compounding. The human body was designed to take in oxygen through the nose. That seems quite obvious but a very high percentage of our children do not breath through the noses but, instead, breathe chronically through their mouths. The reason: their upper airway (nose and sinuses) is obstructed due to numerous factors; factors that largely didn’t exist in our primal ancestors.

These upper airway obstructions due to an exaggerated immune response are largely caused by the industrialization of our society. The ubiquitous processing of our foods and the increased allergens that exist. These didn’t exist in primal times. Studies by Dr. Weston Price in the early part of the 20th century showed that indigenous cultures had well developed jaws with straight teeth and well developed airways. These cultures lived more “primally”. When these people were brought to live in western society it took one generation for their children to develop the conditions that led to decreased jaw sizes and airway as found in western society.

And here is the 3rd component of proper facial/jaw/airway development that is compromised with chronic mouth breathing. Hold onto your hat because this one is an inviolate law of physiology:

When you breathe chronically through your mouth instead of your nose your tongue (the most ignored entity in dentistry in my opinion) drops to the floor of the mouth. This throws off the delicate balance that keeps everything in the mouth in sync. Proper nasal breathing has the lips together at rest with the tongue postured up against the roof of the mouth. The tongue in this position acts as the best orthodontic appliance ever invited. The shape of the tongue is uniquely designed to keep the smile full, the teeth straight and positioned outside the border of the tongue. The tongue will not remain on the roof of the mouth if the mouth opens to take in air. When the tongue drops the teeth crowd and the archform narrows. When the mouth opens to breath the jaw drops down and back. The teeth then soon erupt to accommodate this new down and back position with the ensuing bite often leading to TMJ problems, a retruded lower jaw, an overbite, and a constriction of the airway. When jaws do not develop forward (as with chronic mouth breathers) then everything gets pushed back into the throat/airway. There is less room for the tongue because the arch has narrowed, there is less room for the tongue because the lower jaw is retruded and both the tongue and retruded lower jaw and enlarged tonsils and the whole dysmorphic ensemble contribute to a very diminished airway. This leads to sleep disordered breathing and sleep apnea. 90% of people who have sleep apnea are not aware they have it. Sleep apnea has very negative health implications

It causes early death from heart attack and stroke (23X the likelihood of having a heart attack).

It diminishes oxygen saturation and nourishment of the brain and body organs and therefore a person wakes up without feeling fully refreshed or rested from sleep. They may feel like their mind is fuzzy and concentration may be difficult. This is a huge problem in our culture.

With children, sleep disordered breathing caused by poorly developed jaws and a reduced airway will contribute to poor sleep and an increase risk of behavioral issues that come about due to oxygen deprivation. Some of these consequences are irreversible. A number of studies of have been done linking sleep disordered breathing in children to behavioral issues such as:

According to a renowned study done at Einstein University sleep disordered breathing kids were 40 – 100% more likely to have neuro-behavioral issues.

Interrupted sleep is fundamental for assimilation, integration and consolidation of new knowledge

Increasing exposure to industrialization, processed foods, and allergens causes the obstruction of the upper airway and enlarged tonsils and adenoids.

Mouth breathers will have poorly proportioned faces with weak chins and compressed or elongated faces with gummy smiles, and flat cheekbones due to the downward forces of an open mouth.

Pay attention to where your tongue is…breathe through your nose. Keep your lips together.

“the tongue is the rudder for the spine”. 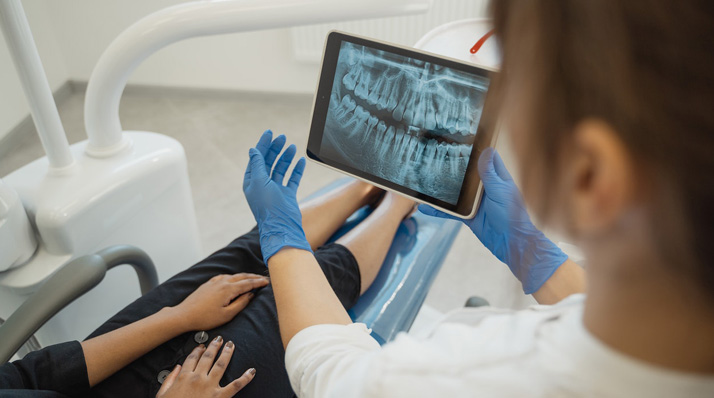